Miranda Burton - Restaurant Supervisor at Jack in the Green, Rockbeare

Being one of the first people in the country to complete the new Hospitality Standards was a daunting prospect for waitress Miranda Burton. Now, just one year on, she has achieved a distinction in all three elements of her end point assessment, obtained her BIIAB Personal Licence Holders Award and has been promoted to Restaurant Supervisor at Jack in the Green, Rockbeare.

The Jack in the Green is a two AA Rosettes pub-restaurant located about five miles from the centre of Exeter.  “Before my apprenticeship I was part of the waiting team,” explained Miranda. “Since my training, my knowledge of the industry has developed significantly and enabled me to be able to be in the job role I am now. The training, alongside my hard working mentality and determination has shown to my employer that I am prepared to apply myself and learn to develop my role within the industry.”

Miranda’s employer, Paul Parnel suggested that she complete a level 2 Hospitality Team Member apprenticeship after noticing she had a real passion for hospitality. “I could see that Miranda was very keen and eager to learn from the outset,” said Paul. “I wanted to give her the best start in her career in the industry that would benefit her in the future. From my own experiences of apprenticeships, I knew that on the job training would suit Miranda well and as she gained more knowledge she would develop in her role and progress quickly.”

Miranda’s more senior role is varied and she undertakes many different duties such as cleaning and preparation for service, running a function or a room in the restaurant, helping towards the ordering and cleaning the beer lines. She also does shifts on the bar where she is responsible for meeting and greeting customers and taking orders for food and drink. 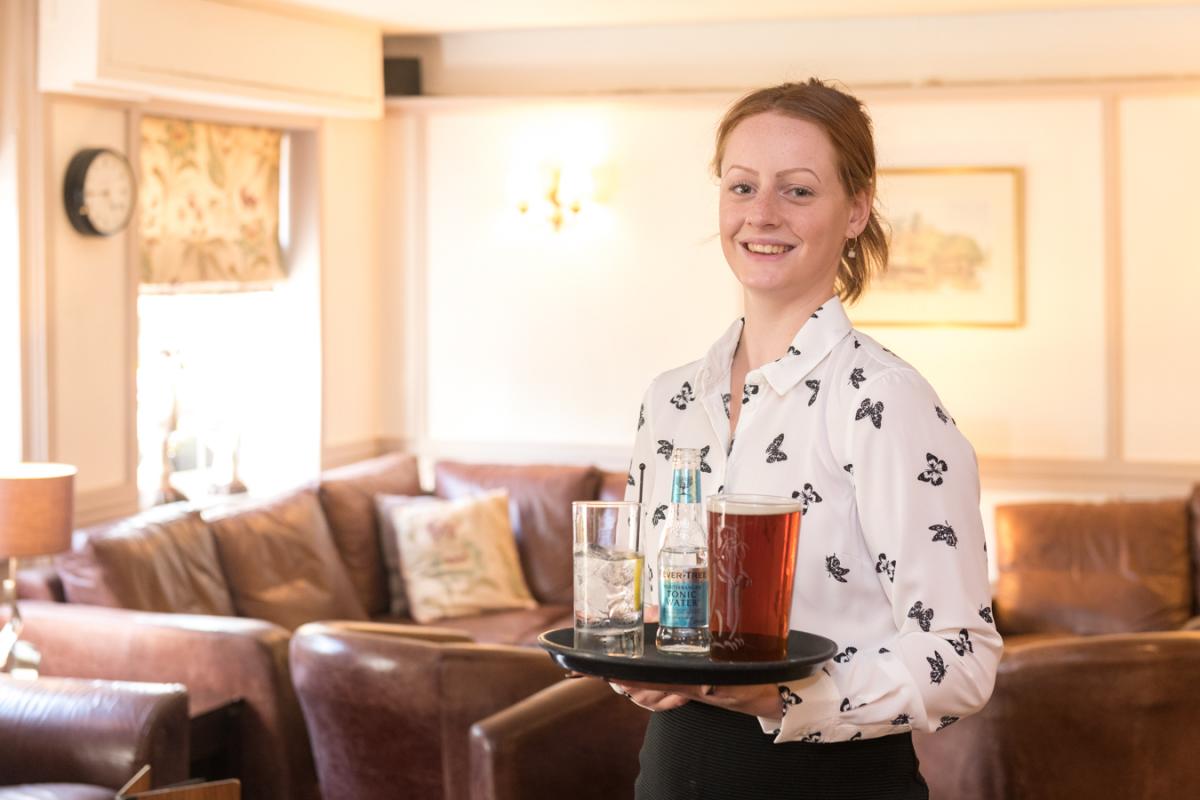 The knowledge that Miranda has gained about beverage service has enabled her to demonstrate real confidence when working on the bar. She now feels competent in areas she felt she was weak before, such as wines and spirits. “My understanding of the bar and restaurant menus is far greater now,” Miranda commented. “With the change in my job role, people look to me for answers so I need to know which wine to recommend and what is in each dish including allergens etc. The interaction I have with the customers is part of their experience and they are welcomed by me and trust me.”

Speaking about the course, Miranda said “I feel as though I have increased understanding of hospitality. I’m beginning to delve deeper into the legislation and laws that surround the industry meaning I am carrying out my job in a safe and professional way. Being one of the first people to undertake the new standards was definitely daunting but I think that the new style assessment is far more of a credential to have behind me, as a tougher approach to apprenticeships really is clear. The workbooks that I worked through really helped me to develop deeper knowledge of things I previously didn’t know much about. I found the site visits really beneficial as I have a habit of worrying about things. It helped to have my HIT Trainer guide me and ensure I didn’t need to be concerned. I found the mock assessment really useful along with the professional discussions at the end of each workbook as these prepared me for what the end point assessment would be like.”

Miranda’s Trainer, Graham Reynolds commented, “It was tough for both Miranda and myself, because I was learning the delivery of the new standards at the same time! But Miranda was so determined to learn and understand everything that I put to her that she made it go very smoothly. She recently signed up to the level 3 Hospitality Supervisor apprenticeship where she will specialise in Food and Beverage. I cannot fault her enthusiasm for her development and she is a credit to the industry. She will go far.”