When Tom Armstrong started working at The Old Mill Inn as a kitchen porter, he had no idea how quickly he would progress to be head chef and general manager.

Tom’s impressive career path is largely down to a combination of his own determination to succeed and the progression opportunities that relevant, professionally recognised qualifications can bring.  Not only has he been able to climb the career ladder in a relatively short space of time, but his employers also benefit from his increased industry skills and knowledge.

Tom started his career as a kitchen porter at The Old Mill Inn, a family run inn with lounge bar and restaurant, set in the picturesque farming village of Dearham. As Tom progressed to Commis Chef, he decided to take the opportunity to expand his skills further by completing the Intermediate Professional Cookery Apprenticeship. “It was a great chance for me to learn on the job,” explained Tom. “My employer was very positive about my development and wanted me to succeed in my new role as a chef.” Once Tom had completed the level 2, he went on to complete the Level 3 Advanced Professional Cookery Apprenticeship with the continued support of his dedicated trainer, Martin Black and his employer Howard Mothersill. 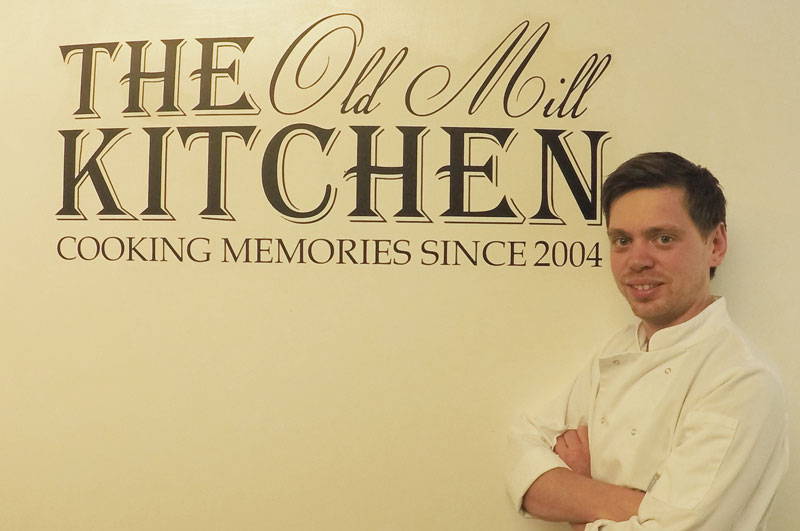 "Tom is always so enthusiastic about learning new skills in the kitchen and taking on new responsibilities,” said Howard Mothershill – landlord of the Old Mill Inn. “After completion of his qualifi​cations he really deserved the promotions he received as he was so capable of doing so much more. He excelled himself and his dedication and work ethic are second to none.”

Tom has recently started his Level 4 Apprenticeship in Hospitality Management to coincide with his new role as general manager of The Old Mill Inn. Speaking about the qualifications, Tom commented, “Apprenticeships are an amazing route to take if you are thinking about a career as a chef. My trainer visited me in the workplace so it was really relevant and tailored to the needs of our business. I cannot thank Martin and Howard enough for all the direction, encouragement and support they provided.”

“I cannot recommend HIT Training enough,” continued Tom. “They are specialists in the industry and they have been incredibly supportive throughout my career journey. My apprenticeships not only gave me the qualifications to progress in my career, but they really boosted my confidence and gave me an amazing chance to develop my long term career prospects.”

HIT Training Trainer, Martin Black said, “Tom has been an outstanding apprentice. To go from very little experience to running a hotel whilst continuously completing training to enhance his own skills and knowledge is testimony to his hard work and dedication. I have seen first-hand the continuous enthusiasm for learning and the impact this has had on the business”.