Brend Hotel Group is a family-run business, passionate about giving back to the younger generation by offering not only job opportunities to employees at our collection of 11 luxury hotels across the South West, but career pathways.

As part of our commitment to learning and development, we launched the Brend Training Academy in 2015. The first of its kind in the South West, we set up the academy with support from HIT Training – the provider of choice for apprenticeships in the hospitality industry. We’ve worked with HIT for the last seven years to help shape, develop and run the Brend apprenticeship programme.

Speaking about our training and being an early adopter of apprenticeships, Director, Peter Brend, said: “We’re committed to offering young adults the opportunity to build a viable career path that offers them lifelong progression in the South West.” 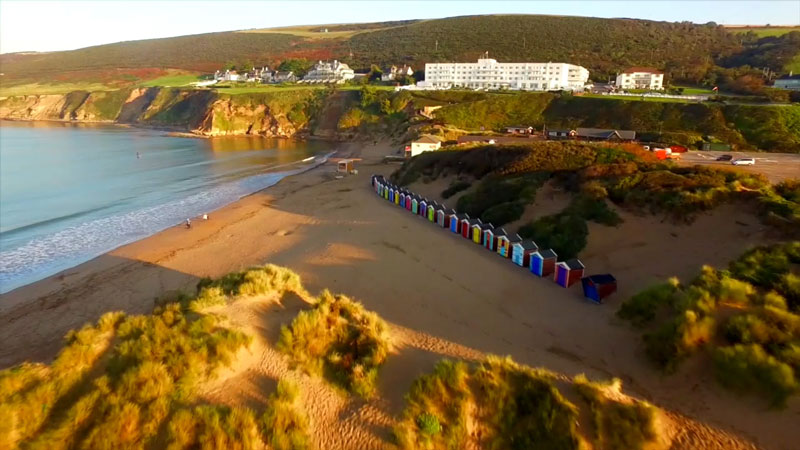 Commenting on the initiative our HR Manager and Academy Principle at Brend Hotels, Andrew Mosedale, said: “It’s ingrained in the Brend ethos to provide training opportunities and inspire the next generation of hospitality leaders. We’re dedicated to offering a clear career progression for our apprentices; which is why we decided to launch the Brend Training Academy.

“We collaborated with HIT Training to help shape the Academy, which also houses a Chef Academy, based at our Saunton Sands hotel. HIT Training is responsible for delivering the Chef Academy for us; we trust them completely to run an outstanding training programme.

“Since launching, the Academy has gone from strength-to-strength and provides paid training places for young people from the local area who are keen to pursue a career in the industry. Our apprentices have the opportunity to learn their trade and gain accredited qualifications, all under the close guidance of our managers.”

Robert Bird, Regional Operations Manager at HIT Training, said: “We’ve been working with Brend Hotel Group for the past seven years and I still find the team there an inspiration to this day. They take great pride in training and developing their staff from within, and have welcomed many talented young people into the Brend fold. They have utilised their Apprenticeship Levy effectively and reaped the benefits and rewards from doing so, which is exactly what the Levy is there for. It’s inspiring to watch the apprentices learn and grow, with many going into Management level and beyond.”

Our investment in apprenticeships hasn’t just resulted in creating highly-skilled and talented individuals; it has also directly led to genuine business results. Take our Saunton Sands hotel as an example. Here we’ve experienced a significant reduction in kitchen turnover.

Based in North Devon and overlooking three miles of beach, Saunton Sands is our four-star art deco hotel – a flagship for the Brend Hotel Group situated on the stunning South West Coast Path. It boasts an award-winning restaurant, two heated pools, a gym and spa facilities, making it a favourite amongst families, couples, beach-lovers and walkers alike.

A testament to the high-standards found within, the hotel has won many prestigious awards – most recently achieving two AA Rosettes for dining, with our Head Chef Mathias Oberg at the helm. Oberg joined Saunton Sands from London’s iconic Shard, after working in many Michelin-starred restaurants across the world including Le Bernardin (New York), Restaurant Bareiss (Germany) and Restaurant Uberfahrt (Bavaria).

Currently we have 16 apprentices at Saunton Sands fulfilling roles such as Commis Chef and Chef de Partie, as well as front of house positions, including receptionists and waiters.
Phoenix De-Giorgi, a Saunton Sands apprentice who recently achieved a distinction, said: “My apprenticeship has given me so much – I’ve gained many skills not just as a chef but in communication, organisation and taking on more responsibility in the workplace. I feel really excited about my future and the opportunities available to me at Saunton Sands. I would recommend an apprenticeship to anyone looking to gain first-hand experience and reach their career objectives.”

Find out more about Phoenix De-Giorgi's apprenticeship by clicking here.