Finalists revealed for The National Chef of the Year 2020 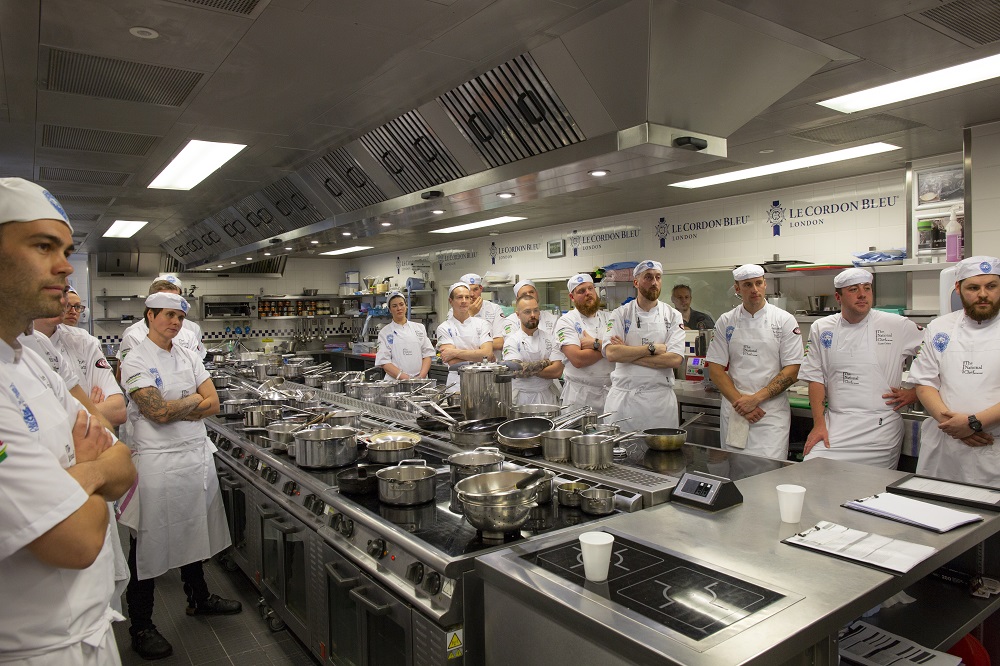 After an incredible and closely fought four rounds of heats, the finalists in the running to be crowned The National Chef of the Year 2020 winner have been announced by the Craft Guild of Chefs.

Some of the most well-respected culinary talent in the UK selected the final six places by discovering who had the highest scores across all four heats. At this evening’s award announcement these spots were given to: -

Chair of judges, Gary Jones, executive chef from Belmond Le Manoir aux Quat’Saisons said: “We’ve seen some really innovative dishes this year and a huge variety in the methods and styles of cooking. I think one of the main reasons for this is the tweak we made to the brief where one element could be cooked in advance. Chefs have truly risen to this challenge, with some incredible flavours being served, as it’s a more familiar way of cooking for them. For the ten finalists, my advice is don’t waste this opportunity, put everything you’ve got into it as only one chef will walk away as the winner. The final will be a huge learning curve in each chef’s personal development and I wish them all the best of luck.”

Organiser of the competition and Vice-President of the Craft Guild of Chefs, David Mulcahy added: “With just over one hundred entries in this year’s competition it’s exciting for us to discover the new top ten in the running for the 2020 title. We’ve also got ten talented chefs lined up to be pushed into the limelight in the young chef competition having earned their place either through a heat or by being a leading competition winner. As the biggest culinary challenge in the UK, these competitions continue to go from strength to strength providing new and exciting opportunities. Those who follow Kuba Winkowski will have seen the incredible year he is having as the title holder. This year’s finalists will have to impress an inspiring list of judges including Clare Smyth, Jonny Lake, Claude Bosi, Philip Howard and Chantelle Nicholson.”

For 2019, the Young Chef of the Year has a new Chair of judges, with Hrishikesh Desai taking the lead. Over the last week, the competition has confirmed six more finalists with Jordon Powell being the first to earn a spot at The Restaurant Show when he won his heat in Sheffield. George Harding, senior chef de partie at The Atlantic Hotel was the heat winner at Le Cordon Bleu today. The remaining final spots were given to Bethan Disley-Jones, apprentice pastry chef, The Art School Liverpool, Gercelynn Mae Dionio, demi chef de partie at Lucknam Park Hotel & Spa, Sion Hughes, chef de partie at Carden Park Hotel & Spa and William Keeble, demi chef de partie from Whatley Manor.  Four chefs have already been seeded straight to the final by winning some of the UK’s top titles including Ben Cowley who was the Graduate Awards Highest Achiever, Matthew Nicholls who won The British Culinary Federation Chef of the Year and Sam Everton representing World Skills. The final place will be the winner of the Academy of Culinary Arts Awards of Excellence which will be announced in July.

After today’s announcement, Hrishikesh Desai, executive chef at The Gilpin Hotel and Lake House said: “I was honoured to be asked to take on this role and have thoroughly enjoyed judging these two young chef heats. Having previously competed in and won The National Chef of the Year, I understand how the chefs feel and I think they have done a fantastic job in new environments, working well under pressure. It’s important that senior chefs support competitions like this to help inspire the next generation to improve their skills and push true talent into the spotlight.”

The competitions are run in partnership with KNORR and Lockhart Catering Equipment and are supported by British Premium Meats, CCS, Churchill, Direct Seafood, Evolve Recruitment, HIT Training, Mash, Norwegian Seafood, OpenTable, Ritter Courivaud, Santa Maria, Sousvide Tools, UNOX, Quorn and WearerTech. Both finals will take place at The Restaurant Show on Tuesday 1stOctober in front of a live audience. Chefs will discover the brief at a mentor day on Tuesday 10th September.