Flavour of success at the Restaurant Show 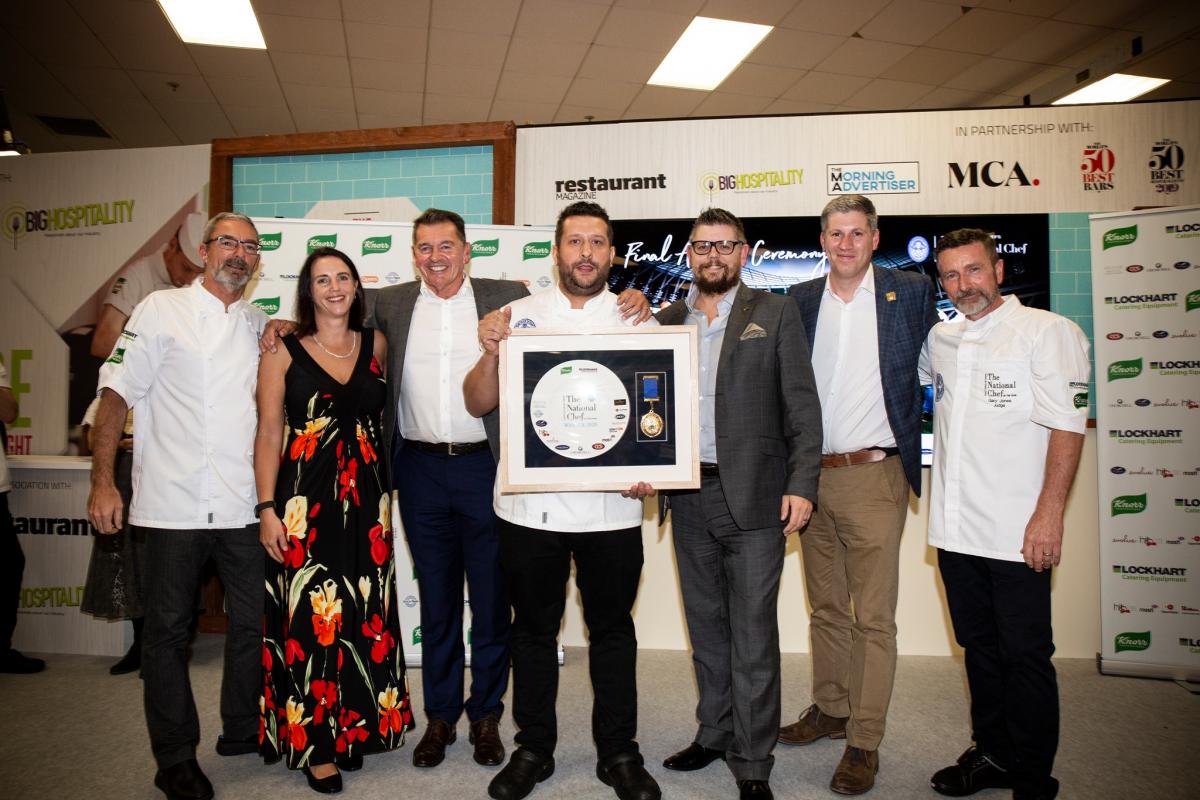 Groves, who has worked at the leading London restaurant for the past nine years, originally dreamt of being a firefighter before he became enamoured at catering college and has since worked his way through the professional ranks.

The invite-only NCOTY competition, which began with 125 of the crème de la crème within the chef community, was whittled down to 10 finalists on the menu. Their mission was to cook up a three-course meal within two hours under the watchful gaze of visitors to the Restaurant Show, media cameras and a panel of 10 judges during the afternoon.

Groves, who follows in the footsteps of 1992 NCOTY winner Gordon Ramsey, will also experience the traditional and modern flavours in Lebanon as an additional prize. He will be joined on the trip, which includes a visit to bustling Beirut, by runner-up Derek Johnstone (Borthwick Castle’s Head Chef in Midlothian) and third-placed Nick Smith (Vacherin’s Head Chef in London).

Keeble, who trained for two years at Farnborough Technology College before working for his hero Raymond Blanc at Oxford’s Le Manior aux Quat’Saisons now prepares his food with love and care at Whatley Manor in Wiltshire.

It was stiff rivalry for the 10 YNCOTY finalists show-cooking for two hours in front of the appreciative crowd and 10 judges in the morning. The finalists, who had to devise a three-course meal, comprised six chefs who battled it out from an invited initial 20 as well as the four winners from elite competitions (British Culinary Federation, Craft Guild of Chefs’ Graduate Award, Royal Academy of Culinary Arts Awards of Excellence and World Skills UK).

HIT Training were proud to be one of the sponsors of the industry’s leading competitions, and also offered their own wow factor with Managing Director Jill Whittaker on a panel with her insights on the importance of training.

The subject matter of ‘Train to retain: creating a culture of learning’ was examined, explored and explained perfectly by the panel. With some light-hearted humour added to help convey the important message that investing in the future is vital.

The wondrous aromas from the show-cooking of the NCOTY and YNCOTY competitions epitomised the inspirational of the annual Restaurant Show. The three-day innovate event offered thousands of visitors the opportunity to learn and think differently about the future of gastronomy in terms of flavours, presentation and training as well as feeding industry professionals numerous ideas.

It was Groves and Keeble who served up their own culinary delights on the UK’s celebrated food and drink stage, each finding their perfect recipe for success to walk away as worthy cooking champions.