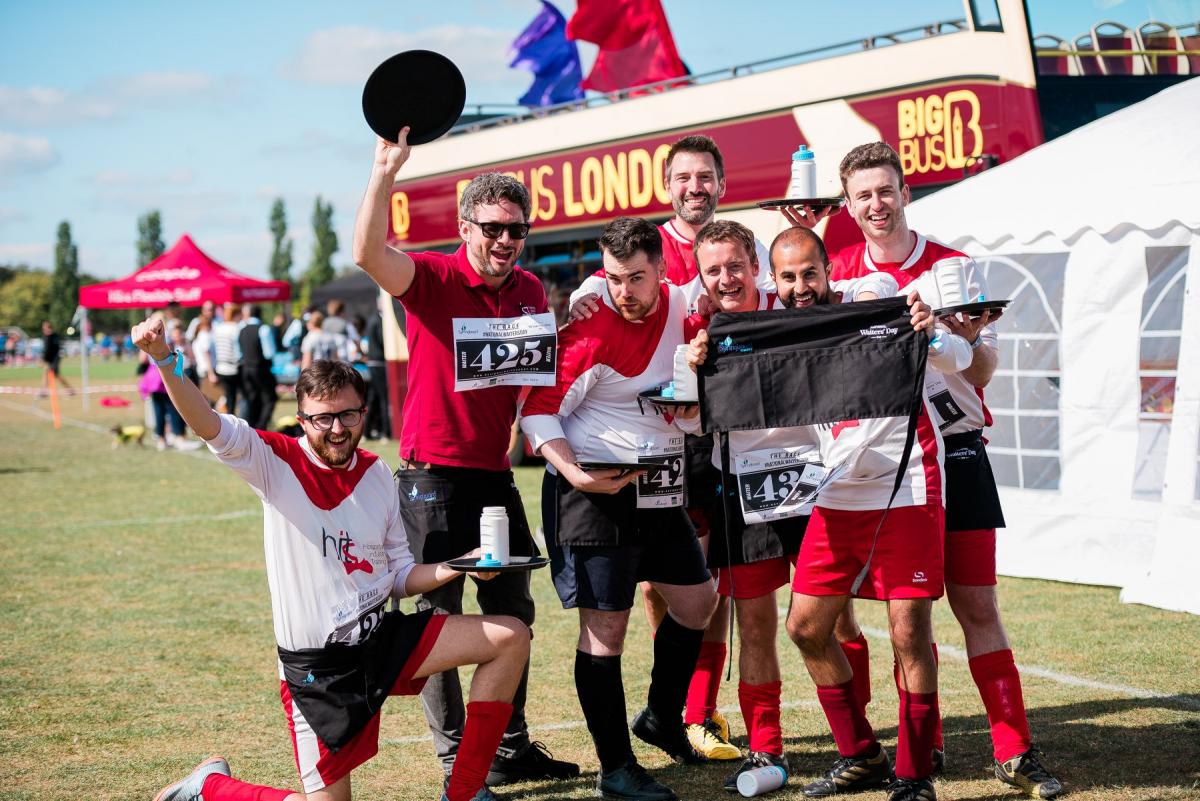 Some 3,500 turned up for a spot of September sunshine for this year’s family-friendly London Hospitality Festival on 8 September.

The annual free event, aimed at those from the capital’s hospitality industry (hotels, restaurants and suppliers), comprised of food and drink tents, children’s activities, circus training, a day-long music festival, the UK’s largest hospitality football tournament and the return of a softball competition.

Music was pumped out all day from an eclectic line-up of leading UK independent music artists at the King’s House Sports Ground in Chiswick, with HIT Training one of seven of the event’s main sponsors.

Springboard Charity’s CEO Anne Pierce was there with her team to facilitate the National Waiters’ Day race. Inspired by the original ‘Course des garçons de café’, which began over a century ago in France, hundreds of waiters competed with the object to neither drop nor spill the bottles or water on their trays.

Some 80 companies tackled the 7-side football competition as they challenged for seven trophies across eight round-robin groups before the knockout stages. SUSHISAMBA and Duck & Waffle conceded just one goal in their dozen games to secure the overall prize with the best record, as well as one of the six cups courtesy of a 3-1 final triumph over Firmdale Hotels. They now have the opportunity to celebrate in style thanks to the innovation of Big Bus London, with the chance to locally parade the top trophy - that bears a passing resemblance to the prestigious FA Cup - in an open top bus.

Kimpton Fitzroy London, who were a late entry, triumphed in the 12-a-side softball mixed final against Maybourne Hotel Group.

The London Hospitality Festival, founded and organised by Paul Gilley of PJ Search & Selection, has developed into a popular event that embraces and promotes the hospitality industry with innovation and year-on-year improves.