Culture of Craft - The Rise of the Craft Apprenticeship 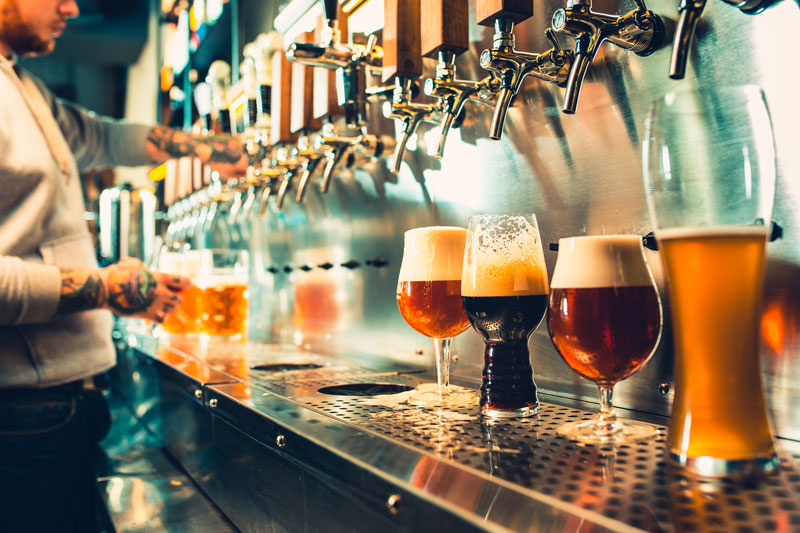 ‘Craft’ is still the buzzword on everyone’s lips and continues to be a huge trend in the hospitality industry for 2019.

With annual sales of gin doubling in the past five years coupled with a 20% growth in the number of craft beer trademarks in the last three years, it’s hardly surprising that the talent development within the industry is reflecting this growing trend too.

As such, there has been a rise in craft apprenticeships being developed for the hospitality industry. From bakery and commis chef to butchery and brewing, apprenticeships in hospitality are soaring in craft trades. This shift mirrors the changing landscape of the sector and answers the demand for hands-on experience over classroom-based learning.

In 2019, HIT Training was one of the inaugural providers to offer the UK’s first brewing apprenticeship and this is only the start of the rise in craft apprenticeships, according to the hospitality training provider’s Managing Director, Jill Whittaker, who comments: “The brewing apprenticeship was developed by a trailblazer group in direct response to the rise in beer consumption, particularly at a craft level, and will help to nurture the talent of the industry’s future brewing stars.

“This is something we’re seeing more of in hospitality, with apprenticeships being developed which reflect the significant trends and tastes that are arising – such as head barista and senior culinary chef – and we expect this to continue. In the not so distance future, we anticipate qualifications for crafts and specialisms such as distilling and winemaking, for example – and it’s a movement which is also being echoed in other sectors with qualifications such as advertising creative, sustainable business specialist and engineering geology being developed. This can only be a positive for industries and employers, as this type of apprenticeship provides varied and exciting career opportunities to help attract and retain talent, while also aiding the development and growth of sectors.

“This National Apprenticeship Week we wanted to shine a light on this new and exciting type of apprenticeship available in the hospitality sector but also remind people of the fantastic opportunities apprenticeships provide to both businesses and those looking to develop successful career paths by following their passions. Let’s highlight and celebrate these amazing opportunities all year round, not just for one week.”

Tom Rostron, 25, is one of the first brewing apprentices, selected from over 500 applications, to learn the artisan skill at family brewer, Hydes in Manchester. Commenting on his experience to date and why he chose to pursue a brewing apprenticeship, Tom said: “If you want to get into an industry or a particular craft, an apprenticeship is a fantastic way to learn while you’re actually doing the job. I was always interested in brewing and had worked at a few smaller breweries before.

“My apprenticeship has been invaluable so far – it’s definitely improved my knowledge of the brewing process and all the nuances within it. It’s not as straightforward as you’d think – there’s quite a bit of science at work and a lot of calculations you need to make to create a decent beer. By the end of the apprenticeship, I’ll be well-versed and ready to go.”

Commenting on what happens when his 16-month-long apprenticeship ends, Tom said: “My plan is to carry on working at Hydes for as long as possible. I can’t imagine working with a better team and I’d like to stay here as long as I can and further my learning.”

Find out more about the Brewer Apprenticeship by clicking here.